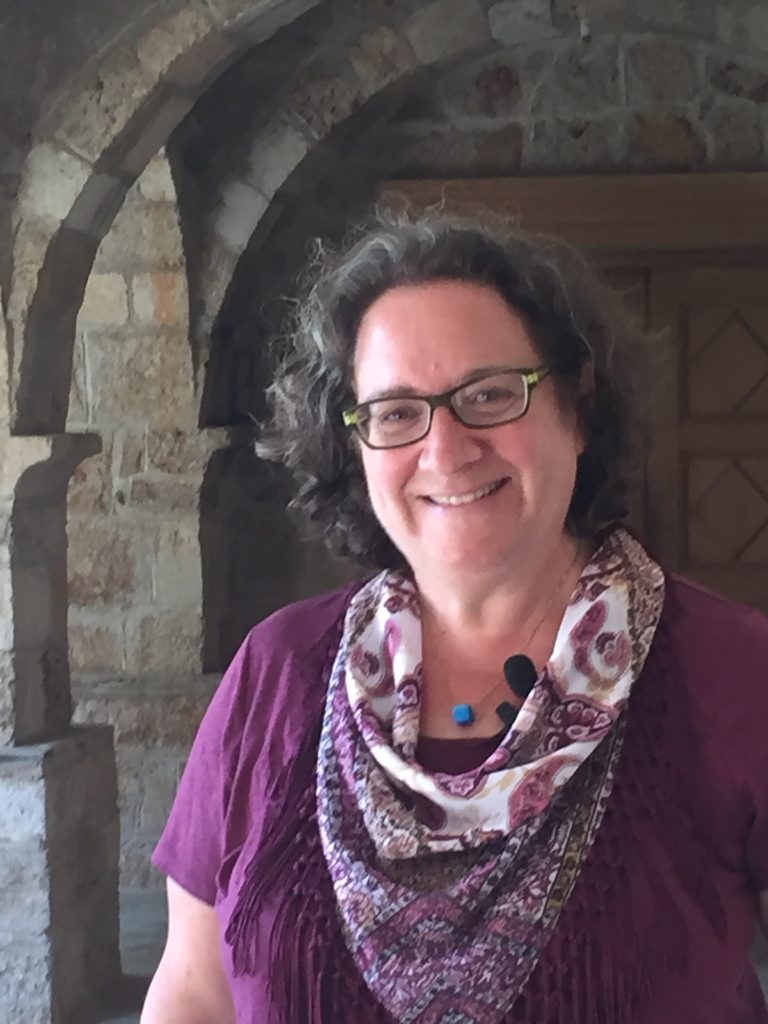 Sharon E. J. Gerstel’s research focuses on the intersection of ritual and art in Byzantium. Her books include Beholding the Sacred Mysteries (1999) and Rural Lives and Landscapes in Late Byzantium: Art, Archaeology and Ethnography (2015), which was awarded the 2016 Runciman Prize by the Anglo-Hellenic League, the inaugural book prize by the International Center of Medieval Art (ICMA), and the Maria Theocharis Prize from the Christian Archaeological Society in Greece. Gerstel has also edited A Lost Art Rediscovered: The Architectural Ceramics of Byzantium (with J. Lauffenburger) (2001); Thresholds of the Sacred: Art Historical, Archaeological, Liturgical and Theological Views on Religious Screens, East and West (2007); Approaching the Holy Mountain: Art and Liturgy at St. Catherine’s Monastery in the Sinai (with Robert S. Nelson) (2010); Viewing the Morea: Land and People in the Late Medieval Peloponnese (2012); and Viewing Greece: Cultural and Political Agency in the Medieval and Early Modern Mediterranean (2016). Gerstel has been the recipient of numerous awards, including a J. Simon Guggenheim Fellowship (2011-2012). As an archaeologist, she has worked at numerous excavations in Greece, both as a field director and as a ceramics specialist. Her comprehensive study (with M. Munn) of the medieval village of Panakton appeared in Hesperia in 2003. Her publications on ceramic tiles produced in Nicomedia (modern-day Izmit, Turkey) have appeared in the Journal of the Walters Art Museum and elsewhere. Publications on Byzantine women, including empresses, village widows, and rural nuns, can be found in The Art Bulletin, the Deltion tes Christianikes Archaiologikes Hetaireieas, and the Wiener Jahrbuch für Kunstgeschichte. Gerstel’s current research focuses on the intersection of music, architecture, and monumental decoration. She is co-director, together with Chris Kyriakakis (USC) of the project “Soundscapes of Byzantium.” Research from this project has been published in Speculum, Hesperia, Gesta, and elsewhere. She is also currently spearheading the restoration of the church of Hagioi Theodoroi in Vamvaka, Mani. Her work on this project has been published in the Journal of Modern Greek Studies and has been recognized in the short documentary Blessings and Vows. She is also the Director of the UCLA Stavros Niarchos Foundation Center for the Study of Hellenic Culture.

Research for the Greek Village