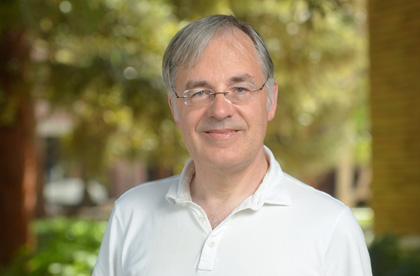 Lothar von Falkenhausen is Professor of Chinese Archaeology and Art History at UCLA, where he has taught since 1993. He was educated at Bonn University, Peking University, Kyoto University, and Harvard University, and received his PhD in anthropology from Harvard in 1988. His research concerns the archaeology of the Chinese Bronze Age, focusing on large interdisciplinary and historical issues on which archaeological materials can provide significant new information. He has published copiously on musical instruments, including a book, Suspended Music: Chime Bells in the Culture of Bronze Age China (1993); Chinese bronzes and their inscriptions; Chinese ritual; regional cultures; trans-Asiatic contacts; the history of archaeology in East Asia; and method and theory in East Asian archaeology. His Chinese Society in the Age of Confucius (1000-250 BC): The Archaeological Evidence (2006) received the Society for American Archaeology Book Award. Falkenhausen was co-Principal Investigator of an international archaeological project on ancient salt production in the Yangzi River basin (1999-2004) and is presently serving as Instructor of Record of the International Archaeological Field School at Yangguanzhai (2010-). He serves on the Scientific Council of the French School of Far Eastern Studies and on President Obama’s Cultural Property Advisory Committee. He is a Member of the German Archaeological Institute; a Honorary Research Fellow of the Shaanxi Archaeological Academy; a Honorary Professor of Zhejiang University; and a Fellow of the American Academy of Arts and Sciences and of the American Philosophical Society.