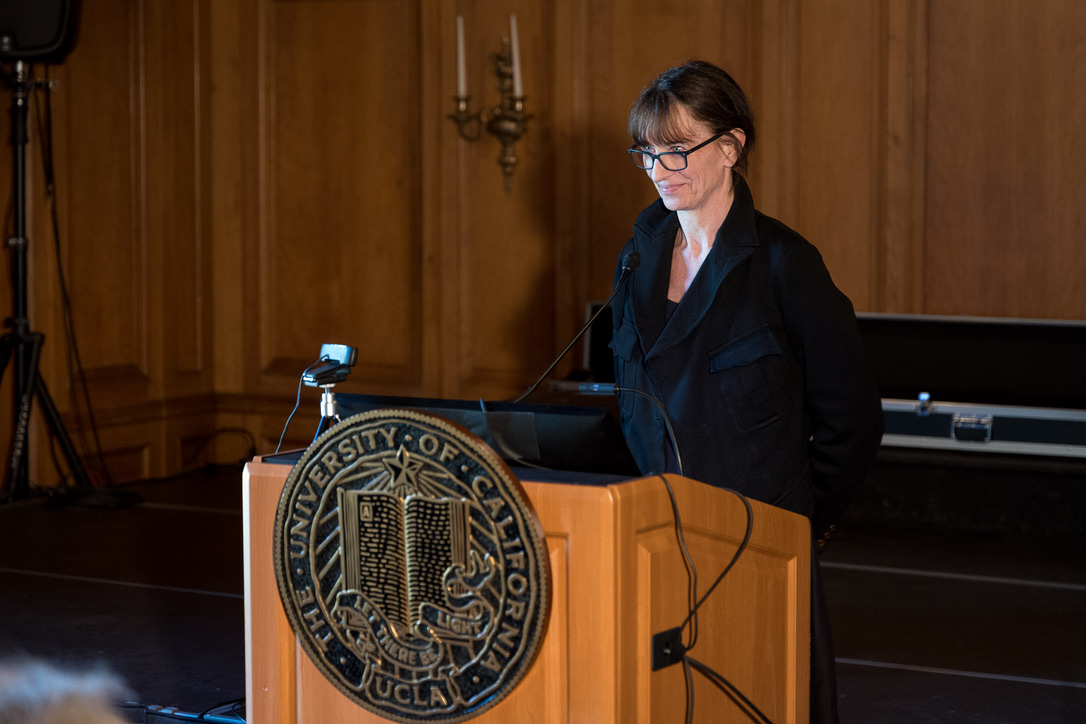 Bronwen Wilson is the Edward W. Carter Chair in European Art and the Director of the Center for 17th– and 18th-Century Studies and William Andrews Clark Memorial Library at UCLA. Her research and teaching explore the artistic and urban cultures of early modern Europe (1300-1700), with a focus on space, print, portraiture, landscape, and transcultural, material and environmental interactions. Fellowships include Villa i Tatti in Florence, The Folger Shakespeare Library, The Newberry Library, The Bogliasco Foundation in Liguria, and the Social Sciences and Humanities Research Council of Canada.

The histories of Venetian art and European perceptions of the Ottoman Turks are important for several publications, including The World in Venice: Print, the City, and Early Modern Identity (winner of the Roland H. Bainton prize for Art History in 2006) and a recently-completed book project, Inscription and the Horizon in Early Modern Mediterranean Travel Imagery. This study brings to light the surprising range of diverse, often anomalous, formats into which itinerant artists converted their temporal experiences of journeying between European and Islamic worlds.

Another recently completed book project focuses on artistic engagement with the human face in Northern Italy at the end of the Renaissance. The Face of Uncertainty considers increasing doubt about the trustworthiness of countenances and accompanying artistic experimentation with physiognomy, conversation, blindness, animals, and death.

Wilson’s new book project, “Otherworldly Natures: the subterranean imminence of stone,” probes the artistic turn to quarries, riverbeds, and lithic formations in early modern painting. The study contributes to a new five-year research project, Making Green Worlds: Early Modern Art and Ecologies of Globalization, with Angela Vanhaelen. Together, they have co-edited three volumes, of which the most recent is Making Worlds: Global Invention in the Early Modern Period (University of Toronto Press, in press).

Wilson has also co-edited two books, and collaborated with Paul Yachnin, most recently with Early Modern Conversions. They are the book series editors for that multidisciplinary research project, in which their own volume, Conversion Machines: apparatus, artifice, body, is forthcoming.